We were Truly Outrageous in Toronto for the 10th Annual JemCon on September 26, 27 & 28, 2014 at the Hilton Toronto Airport Hotel & Suites in Toronto, Ontario, Canada!


JemCon 2014: Truly Outrageous in Toronto, was attended by over 150 Jem™ fans from all over North America and the world, including attendees from as far away as Holland and England. Over 25 supporting memberships were also purchased, helping fans enjoy a slice of JemCon no matter where they were located!

Saturday started off with the Vendor and Display Room showcasing fabulous artists and sellers offering a wide array of delights! After a brief "Welcome to JemCon" we launched into panels such as "Hollywood Jem: The Fashions and The Fame" alongside "It All Depends On The Shoes I'm In" for doll lovers. The first guest panel, "Sting Sting Stingers" brought together Ellen Gerstell and Christy Marx to reflect on the animated series. Saturday's second guest panel was the "Jem Jam" featuring Ellen Bernfeld, Ellen Gerstell, Christy Marx and Samantha Newark discussing all their outrageous experiences with Jem! An autograph session was followed by the JemCon Charity auction. Saturday evening featured performances from Karen, Tivia, Garth, and Sweet Sinners doing a Misfits act. Tivia's Cosplay Pageant and Contest, Jem™ Karaoke, and the 80s Disco had everyone jamming all night long!

Sunday featured even more panels including "Perfect Match: Relationships in Jem" plus "Designing Woman: Tivia's Master Class." There was also "She Makes An Impression: Cosplaying Panel" with special guest Siren Santina and "All In The Style: Doll Styling" which teased everyone with beautifully bold hair tips! Our final guest panel was "Click/Clash" with Samantha Newark and Ellen Bernfeld (Jem and Pizzazz!) talking about their unique experiences performing speaking and singing roles for the Jem series. Last, but not least, we discussed the future of JemCon with Damon and he gave us his vision for JemCon 2015: Freedom In Philadelphia just before the chair was literally passed to him during the JemCon Closing Ceremonies.

Many JemCon 2014 attendees headed into Downtown Toronto Sunday night for the Jem Flash & Sizzle Burlesque Show. This one of a kind burlesque show, hosted by Sexy Mark Brown as Eric Raymond, featured performances by many prominent burlesque performers from all over North America, including JemCon Special Guest Siren Santina, as well as appearances by Samantha Newark and Ellen Bernfeld. It was the the perfect ending to a truly outrageous weekend in Toronto.

The JemCon 2014 Charity Auction raised over $1200 for Toronto Cat Rescue whose mission is to rescue and find homes for abandoned, sick or injured cats from situations of abuse, neglect or imminent euthanasia.

JemCon 2014: Truly Outrageous in Toronto, was held in Toronto, Ontario, Canada from September 26th to 28th, 2014, at the Hilton Toronto Airport Hotel & Suites.

The Hilton Toronto Airport Hotel & Suites is ideally located directly across from the Toronto Pearson International Airport (YYZ). The hotel is also close to one of Canada's largest shopping malls, Square One. Downtown Toronto is a short drive or bus ride from the hotel, with a wide array of shopping and entertainment options available. Attractions include the CN Tower, the Rogers Centre - home of the Toronto Blue Jays, the Air Canada Centre - home of the Toronto Maple Leafs and a thriving theatre district. Niagara Falls is also within driving distance from the hotel for those wishing to get a closer glimpse of one of the world's natural wonders. No matter what you choose to experience, time is never running out for an outrageous adventure in Toronto!

Sting Sting Stingers: Stingers Theme Guest Panel + Q&A - Special Guests Ellen Gerstell & Christy Marx provided a rapturous discussion about their work on the Jem & The Holograms animated series, as well as a few hints about the upcoming live action film. Ellen Gerstell also talked about how her role as Rapture stood in contrast to other animated work, while Christy Marx related information about her comic book and gaming work.

Jem Jam: Special Guest Panel + Q&A + Autograph Session - Special Guests Ellen Bernfeld, Ellen Gerstell, Christy Marx, and Samantha Newark took questions from attendees and talked about their experiences with Jem & The Holograms. Many aspects of the show were discussed, including the writing as well as the speaking and singing roles played by our guests. Teasers about the live action film were sprinkled in alongside trivia about the never produced Jem animated movie. The panel closed with an autograph session enjoyed by all attendees!

Click/Clash: Special Guest Panel + Q&A - Jem and Pizzazz made peace for one last panel at JemCon 2014! Special Guests Samantha Newark and Ellen Bernfeld discussed their speaking and singing roles, respectively, as well as touching on their past and current projects outside of Jem!

She Makes An Impression: Cosplaying Panel + Q&A - Special Guest Siren Santina (1986 Jem Audition contest winner) talked with attendees about her personal experiences with cosplay as a performer. Santina also gave great advice on how anyone can take what they love about a character and put it to use in their cosplay!

It All Depends On The Shoes I'm In
Lead = elaineofspain (2014 Staff, Mother JemCon)
The idiosyncrasies between all the Jem dolls, accessories and sets can feel as difficult to figure out as Synergy's circuit boards. Colours, shapes, variations - you name it, Jem probably wore it. Thankfully, Liz and her vast expertise can help anyone sort out their beloved play sets and know which shoes our dolls are wearin'!

Designing Woman: Tivia's Master Class
Lead = Tivia (2014 Staff, Cosplay Coordinator / Videographer / Fashion Coordinator)
Tivia is a renassiance woman when it comes to crafty ways to express Jem love! From doll clothes, to molding and fashioning new accessories, Tivia will have you sewn up with her advice on how to make outrageous new creations for your collections.

All In The Style: Doll Styling
Lead = Mustang7981 (2014 Staff, Display Liaison)
Topher is the master hairstylist to the dolls! Ask for his tips and he'll tease you with newfound ways to add volume to your dolls' tresses.

Hollywood Jem: The Fashions and The Fame
Lead = garth_j (2014 Staff, Co-Chair / Ottoman)
Garth moderated a lively discussion with attendees about Jem in 2014, touching on how the original series and dolls have led us to the new Integrity line and a live action movie.

Perfect Match: Relationships in Jem
Lead = Dazzler (JemCon Attendee) and forgethead (2014 Staff, Chair)
Daniel and Mitzy walked attendees through a discussion about the softer sides of Jem and the relationships presented throughout the animated show.

Only The Beginning: JemCon 2015 and The Future of JemCon
Lead = Synthguy (2014 Staff, 2015 JemCon Chair)
JemCon 2015 Chair Damon V. D'Amore shared his vision for next year's outrageous event in Philadelphia!

Entertainment is a major part of any convention and JemCon is no exception; how else would we keep the atmosphere so colorfully fresh to keep visitors coming back time and time again!?

The special guests who attended JemCon 2014: Truly Outrageous in Toronto, are listed below.

JemCon visitors can expand their collections by buying goods from our vendor and dealer tables.

Our visitors can also expand their knowledge with renewed awareness of the wonderful Jem collectibles and memorabilia on show in our Jem display.

JemCon staff reserve the right to remove any fan art violating the JemCon fan art guidelines. If you are unsure whether your artwork is within JemCon guidelines, please contact JemCon on the JemCon vendor enquiry form with samples of your artwork at any time before the convention.

Attending Vendor List
Below is a confirmed list of dealers who will be selling goods at JemCon:

The designated charity for JemCon 2014: Truly Outrageous in Toronto, was Toronto Cat Rescue!

The mission of Toronto Cat Rescue to rescue and find homes for abandoned, sick or injured cats from situations of abuse, neglect or imminent euthanasia. 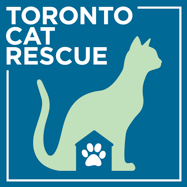 Toronto Cat Rescue relies on volunteers to foster cats in their homes until a cat lover adopts them. Having a network of Foster Homes allows every cat in their care to be part of someoneï¿½s home. It gives a rescued cat a chance to adapt to living with a family, sometimes with other cats, dogs and/or children. On average they have 300+ cats available for adoption, see their Available Cats.

With over 100,000 homeless street cats in Toronto, Toronto Cat Rescue is very active in the Feral Cat community. They support and educate volunteers in the care and feeding of feral cat colonies and support TNR(M): Trap, Neuter, Return, Monitor efforts.

Toronto Cat Rescue is a registered (Registration# 889-198-727-RR-0001), no-kill charity run by volunteers. As an all-volunteer charitable organization, Toronto Cat Rescue needs donations of every kind, from pet food and other cat supplies to the cash required to pay veterinary bills and even Canadian Tire money. All donations go directly to the care of rescued cats ï¿½ every penny counts!

Due to the items donated by our generous members, we raised over $1200 for Toronto Cat Rescue!

Here at JemCon, we like to encourage visitor and member participation and what better way to do that (and air your creative streak) than with a selection of fun contests.

The winning design was announced on February 16th, 2014. Choosing was hard from so many gorgeous designs but Astral will be "Truly Outrageous in Toronto" in this ready for the showgirl design by TJ Schuessler (Milky Mixer).

As a special treat for JemCon 2014, Co-Chair / Ottoman Garth Jensen created 14 original remixes and mashups for release on an exclusive CD he called "Mix/Mash." Designing the cover of this album was the theme for the Album Art Design contest in 2014. With such an open theme, we ended up receiving too many good submissions to choose just one.

The winners of the JemCon 2014 Mix/Mash Album Art contest were announced on July 15th, 2014. Congratulations to Jessica (faejemgrl), Jolie (joliestripes), and Stefanie (jemgal), whose designs were used in the artwork of what turned out to be a highly sought after one-of-a-kind CD available to our attending and supporting members.

A big special thanks to TJ Schuessler (Milky Mixer) for putting together a Truly Outrageous vision that unified all of the fabulous artwork!

What was the theme?
Given that our con chair Mitzy calls herself the biggest Stingers fan ever, she wanted to have this years fan fiction contest be all about the mischievous blonde band from Germany.

We asked for original stories heavily featuring the Stingers (though other characters could be included as well). And the entries we received were a Perfect Match and it was very difficult to pick a winner.

The author of the winning story received kudos and notoriety among Jem fans and the story itself had the pleasure of gracing the pages of JemCon 2014: Truly Outrageous in Toronto's official program.

Judging Criteria
The fan-fiction entries were read by a special panel of judges chosen for this contest. They were judged based on these criteria:

The winning story
The winning entry for the 2014 Stingers Fan Fiction Contest is More Than Fantasy by Christian (Riot's Hope)!

All of the stories entered for this contest were very well received by our judges and according to them, choosing a winner was no easy task! Here are the other stories that are worth much more than an honorable mention in alphabetical order:

Link to this website using the below banners, buttons, and icons... 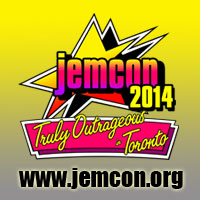 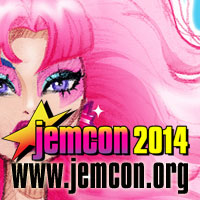 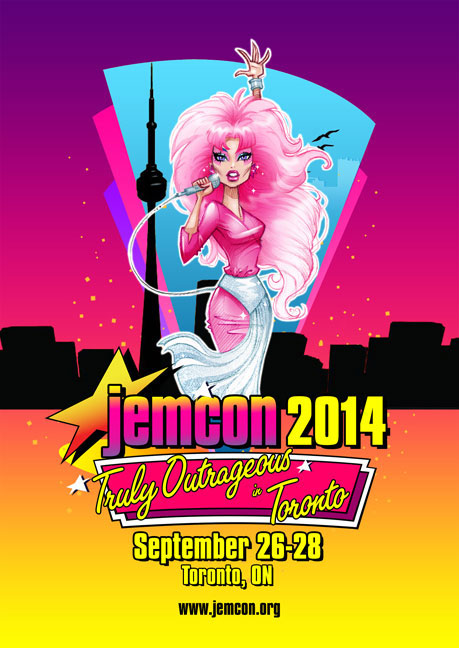 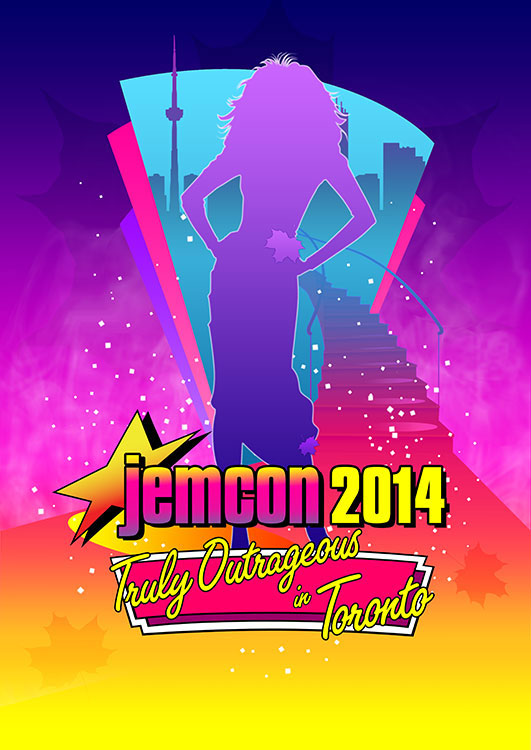 Donations go straight to Alex Hanselka who graciously provides hosting for us and never touch the hands of any administrator, staff or any users of this website.